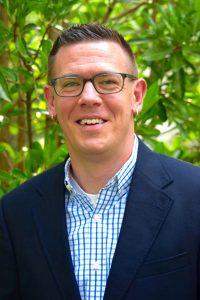 Title of your program: Practical Implications Towards a More Inclusive Fraternity Community

Description:
Recent national examples demonstrate the contentious relationship between the traditionally White fraternity system and race.  A 2014 racially and sexually suggestive email led to the suspension of a Kappa Sigma fraternity member at the University of Maryland (Associated Press, 2015, March 14). In December 2014, the Clemson University chapter of Sigma Alpha Epsilon hosted a gang-themed and racially offensive party, titled “Cripmas”, near the holiday season (WYFF, 2014, December 9). Members of Sigma Alpha Epsilon at the University of Oklahoma chanted racist songs on a bus in 2015 (Associated Press, 2015, April 3).

This session presents narratives on race from a qualitative study with eight fraternity members who recently initiated into predominantly and traditionally White fraternities at a large, public university in the southeast. The critical constructivist approach used for this study deconstructed the ways in which Whiteness was perpetuated in hegemonic White spaces. The findings from this study provide student affairs practitioners with insight into implementing practical implications for creating a more inclusive fraternity community.

What you look forward to most for ACPA 17:
I am looking forward to connecting with colleagues, particularly those from the Northeast, as this is my first time living and working in this region.