As I was driving home from work recently, I listened to a segment on a local radio station that got me thinking. The hosts were taking calls from listeners, gathering their perspectives on a situation in South Carolina. In short, a teacher with 13 years of teaching experience was forced to resign from her position at Union County High School after a student went into her empty classroom, found her phone on her desk, searched it, and found nude photos of her. That student then took photos of what he saw and shared them with other students. While the teacher is jobless for not taking more precautions to keep the photos private, the student had not yet faced any disciplinary procedures (and according to the superintendent of the school, he may not).

The callers had varying points of view. Some thought that the teacher should have done more; others thought that what the student did was criminal. The hosts went back and forth with their opinions as well.

My initial reaction was anger. How, given our expectations for privacy on a daily basis, could we think that every choice the student made along the way was the teacher’s fault? Sure, locking the phone could have disrupted his plans for searching her phone, but why should that be our standard?

Let’s talk a little about victim blaming. While there is little debate about the fact that sexual harassment is illegal, we still hesitate to put the blame on those responsible for the harassment and are quick to ask what the victim could have done to prevent the behavior. ESPN sportscaster Erin Andrews was secretly filmed in 2008 by a stalker while she was staying in a hotel room. She is currently involved in a suit against Marriott International, the hotel chain that she stayed in. An attorney who is representing Marriott brought up an argument that the video was actually an attempt to gain more fame, thus promoting her career. More people may recognize Erin Andrew’s name because of the publicity of the case, but we can’t confuse a secretly recorded video being watched millions of times with self-promotion.

In the Union County High School situation, the student had every intention of compromising the teacher’s private life. Fine, we’ll pretend he was going through her phone to make a phone call. But what good reason did he have to make a copy of the nude photo on his own phone and distribute it to his classmates? I can’t think of anything that justifies it.

On what feels like a daily basis, I work with students to reduce victim blaming, tolerance of sexual harassment, and the idea that women* should “avoid” getting assaulted. In a recent conversation, I reminded a group of male students that the “boys will be boys” mentality does not excuse their disrespectful behavior in a residence hall. I am looking forward to the day when that phrase is so uncommon we have to explain it to our grandchildren.

When we think of the victims of sexual assault, harassment, stalking, or relationship violence, we want to imagine that these things could never happen to us, thus placing blame on the person involved. But, let me ask, how many of us leave our phones on our desks as we leave to get a new cup of coffee? How many of us leave our personal emails up on our computer as we walk out to talk to a colleague? Whether we choose to take nude photos or not, most of us can admit that we have something on our phones or computers that we would prefer for the world not to see.

So at the end of the day, no I do not blame the teacher for having her private photos stolen from her and shared with others. Let’s hold ourselves, our students, and our colleagues to a higher standard and expect that victims will be supported not blamed.

* I choose this language given the fact that RAINN reports that nearly 9 in 10 rape victims are women. https://rainn.org/get-information/statistics/sexual-assault-victims 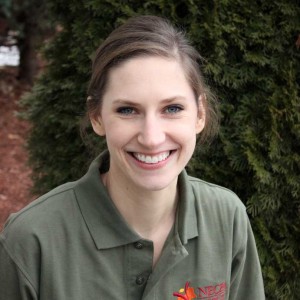 Kristen has a Bachelor’s degree in Psychology from Merrimack College. She earned her Master’s degree in College Student Personnel Administration from Canisius College, in Buffalo NY. Kristen previously worked at Emmanuel College as a residence director and has been at Stonehill College since August 2013. Currently, she oversees staff development and training in the Office of Residence Life. Kristen is interested in student wellness and student conduct.

Kristen joined the NECPA board in 2014 when she became the Newsletter Editor. She has assisted with planning a Coffee Talk on her campus, as well as the annual Spring Dinner, and has enjoyed the collaboration that these events allow for.