Orlando, Atlanta, Boston, Tampa, and Montreal. These are the five ACPA conventions that I have attended. Each special in their own way. Orlando was my first, it was also the last joint ACPA/NASPA convention. Atlanta is where I got my first professional job (thanks C3!). Boston is always special because it’s my hometown (can’t wait for Boston in 2019) and I also got a job at that C3. Tamp 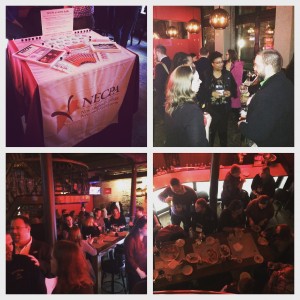 a was my first convention after a multi-year break and it was the first as an elected state leader. But Montreal will be one that I remember the most.

The Montreal convention was special for ACPA because it was the first convention outside the United States. The association celebrated the diversity of our membership and the heritage of our location. We were honored and blessed to have four Elders in Residence, members of the Kanien’keha:ka, Peguis First Nation & Adams Lake First Nation joining us for the Convention. It was one for the books as well. Over 3,100 people registered for ACPA16, making it larger than the previous two conventions.

Montreal was also the debut of the New England College Personnel Association at convention. I was excited because I had the privilege to represent New England and our members as president. I was joined at convention by Ben Lamb, President-Elect; Jessi Robinson, Treasurer; Sarah Santiago, Member-at-Large; Eric Petersen, New Professional Liaison; and Tom Durkee, Social Media Coordinator. Together we represented New England throughout convention and especially at the CelebrACPA event, the GeoSocial, and the NECPA at ACPA Social. 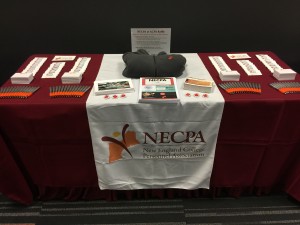 Ben and I participated in the pre-convention Institute for State Presidents and Elects where we were commended by ACPA President Gavin Henning for our hard work in transitioning the organization to include all of New England. We were also able to discuss with other state leaders the change and all the ideas we have moving forward.

All board members represented us at our CelebrACPA and GeoSocial tables where we gave out some pretty amazing flair! Our pins, pens, and note pads were popular, but it seemed the micro-bottles of 100% Vermont Maple Syrup was the biggest hit!

The NECPA at ACPA Social at Bevo Bar was an astounding success. Almost 50 people attended this off-site social. They enjoyed good food, drinks, and great networking. Every New England state was represented.

Thank you to everyone who came to our tables or attended the social.  Without the support of the amazing NECPA membership we would not have had such a successful event.

I look forward to seeing you at our upcoming NECPA Events and at ACPA17 in Columbus, OH. 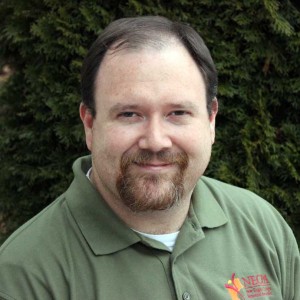 As the 39th president of the Massachusetts College Personnel Association (MCPA) John Mayo led the organization’s transition to the New England College Personnel Association (NECPA).  John is currently the 1st president of NECPA.  John has been a member of the organization since 2010 and has served in various roles on the executive board.  Professionally, John Mayo is the Assistant Director of Residence Life at Newbury College in Brookline, MA.  John is responsible for all the Residence Life and Housing operations at Newbury College.  In addition to his operations role, John oversees the Main Campus residence halls and RA staff.hn holds a Bachelor’s degree in History from Bridgewater State College (now University), a Master’s degree in Student Affairs in Higher Education from Indiana University of Pennsylvania and a Master’s degree in Organizational Leadership from Gonzaga University.